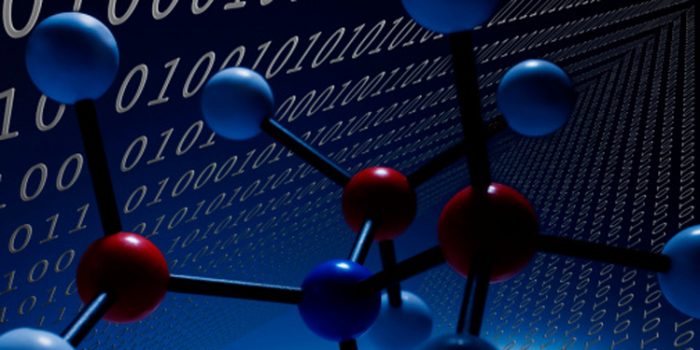 Clinical Data Management – Processes during Data Collection. Once the CDMS has been installed and the configured and after the systems have been validated, the process of data collection can begin. The process usually initiates with the CRFs coming in from the sites and are logged in. A check is kept on which CRF pages are coming into the data management site by reconciliation of the incoming CRFs with the transmittal form associated with them. A binder is created for each patient where all the CRFs, forms and other logs for that patient are filed. Although the system has been validated during PQ, it is still recommended that interim checks be carried out at the start of the study so as to confirm that the CDMS is performing as per requirement. Also there has to be a periodic check on the data being entered, so as sustain quality of data in the trial.

During the process of collecting data, there might be incomplete, inconsistent and out of range data that is collected. Such category of data collected lead to discrepancies.

Discrepancies are the difference in values for any question on the CRF when compared to the expected response in that study.

Such discrepancies need to be sorted out to make the data clean for analysis. This is done by issuing a query to the investigator seeking an explanation for the response entered by him on the CRF for any specific questions.

The number of queries sent out per DCF varies for different organizations and different studies.

It is always recommended that the data entered for the first few patients into the database is checked so as to ensure that the system is working as it is supposed to, is user friendly and the end user is sufficiently trained to operate it. Typically while evaluating systems broad perspectives are looked into such as whether:

Also certain procedures such as validations, data extract functions of the CDMS are checked to see whether they are functioning normally as fixing them at a later stage of the trial would be cost and time consuming and sometimes impossible.

Generally the FRS (Functional Requirements Specifications) are matched against the features available in the CDMS and seen whether all the requirements that were listed down to be necessary to conduct data management are present in the CDMS.

The process of data collection begins with the recruitment of patients. To enhance the recruitment of eligible patients, prospective study subjects are screened at the sites by investigators based on inclusion/exclusion criteria for that study.

The use of computers not only speeds up this process but also helps in the recruitment of large number of candidates who are a right fit. Such computer systems are designed keeping in mind the HIPAA standard (Health Insurance Portability and Accountability Act). This standard ensures that patient data kept in the form of electronic medical records kept secure and confidential. The patient medical records are available at hospitals, labs and health insurance companies. The centralized database of these organizations can be data mined by computer systems to find the right fit candidates for the study, thus streamlining the patient recruitment process.

After the patients are identified for recruitment they have to visit the investigator, so that they can be briefed on the study and an Informed Consent (IC) form can be signed by them if they wish to participate. The investigator should tell the patients all the pros and cons of the study before enrollment and make sure he/she meet the inclusion/exclusion criteria.

Once the patients have signed the IC, they are assigned a Subject ID number, so as to mask their identity in the trial. Also the patients are randomized into either arm of the study depending upon the study design and a randomization number is generated for each patient.

“Randomization” is the process of assigning a patient to either arm of the study groups, without any bias, by using a computational algorithm/program”.

Computerized systems ensure the integrity of this data through the Audit Trail which keeps a history of the data, when it was deleted/ modified/ appended, who made the changes and when the changes were made. The audit trail lays accountability on the shoulder of ever user that is involved with the management of data. Thus every user is responsible for the data which they insert/delete or modify.

Apart from this there are Standard Operating Procedures for monitoring the quality of the data. These procedures define are written to identify how a process will be executed and on whom the responsibility of the adherence to that SOP lies. There are SOPs for protocol adherence, data transmission, system backup and recovery procedures, tracking and logging of CRFs, drug accountability, safety data management etc.

The monitoring of data is done in several ways. Generally this is accomplished by routine audits of the data management sites to ensure compliance and detect non-compliance. Also there may be inspections by the regulatory agencies to inspect complete documentation, adherence to policies and compliance with guidelines, the failure of which could lead to a warning and finally discontinuation of the trial.

During the process of a clinical trial there is a requirement for dispensation of drug to the sites after patients are recruited so that the drugs can be administered to the patient during the visits. There has to be a robust process of dispensation of the drugs to ensure that the correct drug regimen is assigned to the correct patient and their randomization numbers. Failure in doing so can upset the balance in the design of the study.

Computer controlled systems are used to facilitate this process by automating the dispensation and tracking of the drugs dispensed against the respective patient numbers and sites. They also help in the management of inventory. Such computerized systems are generally the IVRS (Interactive Voice Response System).  When an investigator at a site enrolls a new patient, he/she can call up the IVRS, which through a guided series of responses randomizes the patient and allots a randomization number to the patient and in turn dispenses the drug for the patient from the inventory.

Other methods are there such as the internet based systems which solve the same purpose through interaction with a computer.

The CTMS also perform the same function. For example CTMS component of Oracle Pharmaceutical Applications termed the Site Minder/Trial Minder helps manage the dispensation and accountability of the drug inventory. A typical scenario could be considered in which a new patient is recruited in a study. The investigator enters this in the CTMS, which automatically randomizes the subject and issues a subject ID and links it to the site ID of the site which has recruited the patient. It also allots a randomization number and dispenses drug out of the inventory to the respective site. Now the system knows, what drug has been dispensed to which site, who is responsible for its accountability and for which patient was the drug dispensed.

Adverse Events (AE) are any untoward medical occurrence in a patient once he is enrolled in the study, which may or may not have a causal relationship with the Investigational new drug.

Adverse Drug (ADR) is untoward medical occurrence in a patient that has a reasonable possibility to be associated with the investigational new drug.

Serious Adverse Events (SAE) are medical occurrences having a causal relationship with the drug, which result in a patient’s hospitalization, prolonged hospitalization, permanent disability, death or congenital anomaly. This may be due to a worsening of an existing ADR or may be a completely different, new event.

During the process of data collection, while the patient is being given doses of investigational new drug, he/she may develop certain symptoms/ complications which may or may not be due to the drug he is consuming. These events need to be recorded and reported as needful.

If the event is a SAE, then it should be reported in an expedited manner. The investigator should report an SAE to the sponsor immediately on knowledge of the SAE. The sponsor has to send an initial report to the regulatory authorities within 7 days if receipt of the SAE. After this the sponsor has to send a detailed report of the SAE to the regulatory authorities within 14 days with their medical interpretation of it and suggested action.

On the other hand the sponsor also maintains its own Safety database which holds all the SAE for the study. At the end of the study this Safety Database may be reconciled with the clinical database and the AERS database to check for consistency of all reported AEs.

For all reported ADR and SAE there should be at least the following attributes:

The process of managing Adverse Events is very crucial and important as it dictates how safe the drug is, whether the trial is heading the right direction and it is one thing that catches the attention of the regulatory authorities the most.

After the data has been collected it needs to be transformed. If paper based methods are being use to collect data then they need to be entered into the CDMS. However some data needs to be batch loaded into the database such as Lab data and External data. The format in which such data will be received from the labs needs to be defined. The most common format that is used is the CSV (comma separated value format).

Also the transformation of the data is needed when the data needs to be exported to software to perform analysis of the data. Since Oracle Clinical and most other CDMS do not have the capability of high end data analysis, the software that is used to perform the data analysis is called the Statistical Analysis System (SAS). Before analysis can be performed on any data by SAS, it has to be in the format supported by SAS such as .sas, .xpt or .xls. Thus data needs to be extracted out of oracle clinical into SAS for analysis and this requires the transformation of the data into SAS datasets.